This is a journey through the 5 stages of the creation of a single work of instrumental yoga music, designed to assist someone through their Asana practice.

I tell this story in the hope that more people will come to appreciate just how much skill, love, and time it takes to create an effective work of musical art.

It’s not a surprise that many people think it should be free.

Not only is every man and his grumpy cat making music these days thanks to advanced computing, but with streaming and the digital age it can be overwhelming how much choice we have.

It’s incredible to me even now, after 17 years producing music not only for myself but for over 60 other artists, to notice just how much time, skill, co-operation and love it takes to create a great work of harmonic sound and rhythm. And yet very few people know much about the process of creating a great album.

And how long it can take!

So here I give you the journey of one album of instrumental yoga music.

An album called Embrace The Moment. 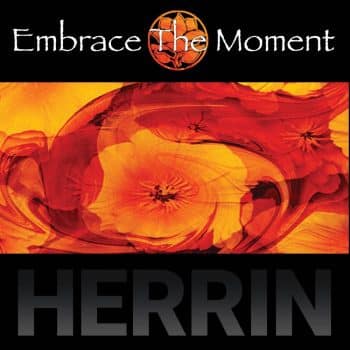 And here are some audio edits from the final product:

There are roughly 5 stages to the process which takes place over 3 years from the first backing tracks to the final work.

Part 1: How the album was born

A yoga teacher asked me to create some backing atmospheres for her training DVD.

She was going to do a flowing practice with a voice-over and needed some music to carry the vibe in the background.

It took me about 3 to 4 weeks to come up with some melodic and rhythmic soundscapes. With a few changes to the mix and the length of some of the songs, she was happy to add them to the DVD.

As I listened to the final mixes, I could hear something inside the rather simple music I’d created. A potential for something bigger and deeper.

Like Michelangelo’s sculptures, I could imagine the underlying form and flow emerging from the rudimentary material of the instrumentals. A fitting analogy considering the commitment to the physical form being so similar between the 2 disciplines. I saw the potential for a journey of sound, that could help carry a sincere practitioner deeper into the ancient art of physical and mental discipline called yoga.

I had all sorts of skills – guitars, vocals, mixing, recording and producing.One important thing I’ve learned about music though, is that, like a good meal it works better as a mix of elements.

And that very often means other people.

There are two other very special people who helped make this album.

The first I would visit was my dear brother, Jai.

He’d just completed a teacher training course, so I knew he’d have a sense of the tone and flow of a real yoga workout, but most importantly his keyboard, piano and programming skills would add colour and momentum.

But I had to be patient…He was busy creating music of his own.

By this stage I had recorded: 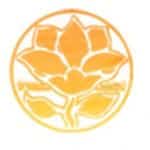 So far we had created the beds (basic grooves and chords), done some extensive arranging and re-organising, recorded pianos and synths as well as some beats at key moments in the flow of music, which now stood at around 80 minutes.

I had the basic arrangements of the songs sorted, but they needed strong melodies to tell a story over the earthy, ambient beds I had created. I met with my brother at his beach house in the summer to record some parts for the album.

He’s a multi-instrumentalist and songwriter, and had just completed a yoga teacher training course so his advice on dynamics and the overall flow of the music was invaluable. 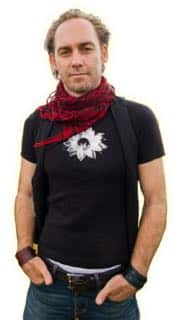 We had a talk about the length of the final album, and got a rough idea of the ebb and flow of tracks, then sat down for 3 sessions of probably 4 to 5 hours.

In that session we recorded:

At that point the landscape of the music really started emerging and it became clear there was space for more melodic instruments. With such long songs, I needed to introduce some unconventional elements to the mix that would keep the listener’s attention, without being out of  context. I had recently been given a steel string dobro and a 12-string guitar to look after, and only had a week with them both.

Could traditional blues (dobro) and folk (12-string) instruments work on a yoga album? Find out in the next section when we deal with laying down both rhythm, lead and slide guitars. 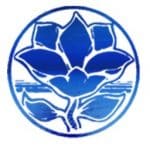 So far we had created the beds (basic grooves and chords) done some extensive arranging and re-organising, recorded pianos and synths as well as some beats at key moments. The album was now 80 minutes long. But we still had room for some other heroes.

With long pieces, it’s easy to fall into the repetition trap, and lose the subtle thread of attention you need in order for the music to work both as yoga workout music and as a stand alone instrumental album.

Having been given a steel dobro (traditional blues) and a 12-string to look after, I took the opportunity to capture both of these rather unique stringed instruments while I had them.

And of course I had to record some lead lines and slide on the old faithful Maton CW-80.

One of the things I have discovered about guitars is that each kind requires a unique set of techniques to draw the most out of the tone it is capable of producing. The dynamic range (volume) of the instrument changes the tone as well as the positioning of the microphone and the space you are recording in. I placed some subtle strumming to push the movement of the songs along at key moments, as well as some melodic sequences and lead lines as well as some dreamy electric guitars.

40 or so hours later I had all the slide, lead and rhythm guitars done.

In that session I recorded:

Now all that was left to fill in, in my map of sound, was the flutes.

And that would call for a very special musician who was well-trained on both classical and Indian style flutes. 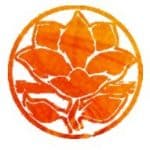 One of the things I love about recording music, is those times when you find someone so gifted in terms of technique and personality that with very little prompting or direction, they create something beautiful right before your eyes.

As the recording engineer, and in this case the producer as well, I only had to stand back to watch and listen as the song is transformed into something new and wonderful. 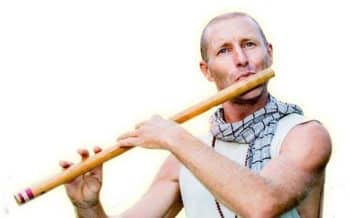 Having worked together before on various devotional style albums, he was the obvious choice for flutes. The spaces had already been carefully made for his parts and all there was to do now was wait…

Krisna had his own recording studio and we used the same recording device so it was easy for him to take it home and do it in his own time and space.

Finally 4 months later, he called me and said he was finished.

I listened with my mouth agape.

He had created melodic peaks that pushed the songs into new and transcendent realms.

He had created the perfect drama and story elements that this collection of songs needed to tie them together, as well as set them free.

In that session we recorded:

Now all I needed to do was mix it all together.

Next up we deal with the final stage of music production.

Once you have everything recorded and all the arrangements and parts have been edited, you still have much work ahead of you. Mixing sound is the manipulation and combining of musical elements into a form that serves the intention of the work. In its highest form it brings together great players, performances and arrangements, as well as a vision for its beauty and purpose. In other words, if the mixing is done right, you should simply be transported by the material and never notice the medium that it’s travelling in. You shouldn’t hear misplaced sound from any individual instrument, or the medium by which sound travels…

A good mix reaches out of the very speakers you are using and drags you into its orbit.

It’s a well trained and educated form of listening, combined with technical know-how. I wanted it to be spacious and dream-like in places and earthy and grounded at times as well.

As for the mastering, it’s easy if the mixing is done right.

Mastering is designed to prepare the stereo mixes for the market it’s to be sold to.

Classical music can go from almost nothing in volume to huge impact in seconds.It maintains its complete dynamic range.

Pop music by comparison is designed to be loud and dancy in many cases, so its dynamic range is much smaller.

With Embrace the Moment being an album of instrumental music, I mastered for strong volume while maintaining the reasonable range of the instruments in the music. Immersive but with plenty of space for the music to surround and support the listener. Music is truly a binding force in our world that can help us connect with others.

I hope this insight into the process of creating this album will give you an appreciation for the music you hear every day on the radio and on your devices.

Thank you for listening.

Because that’s really what music is about.

And with the simple act of listening you become part of the music.

“By engaging in the simple act of listening you become part of the music.”